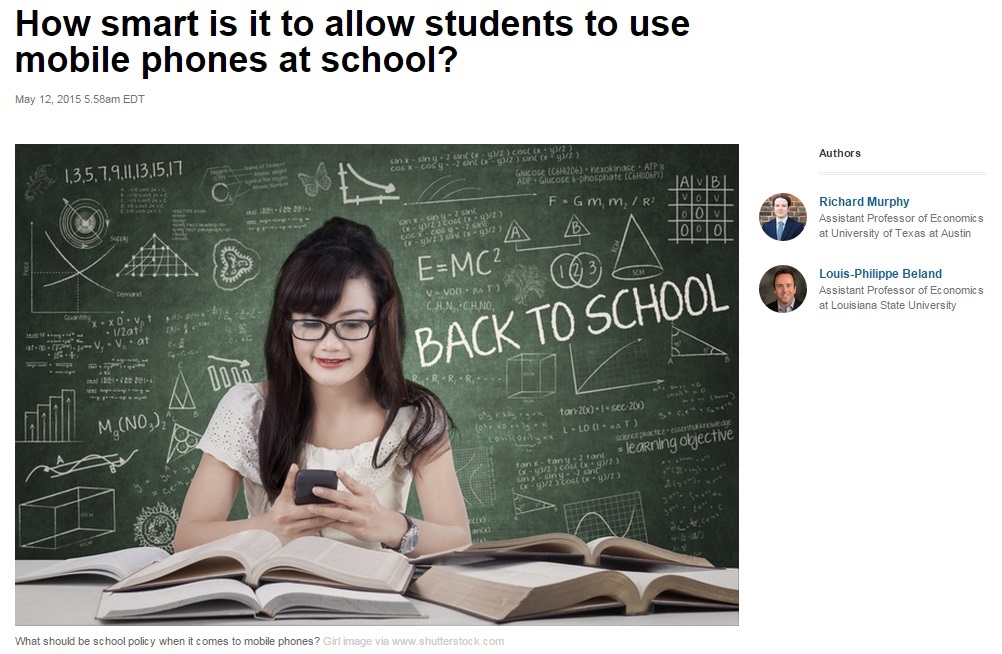 How smart is it to allow students to use mobile phones at school?

How does the presence of mobile phones in schools impact student achievement?

This is an ongoing debate in many countries today. Some advocate for a complete ban, while others promote the use of mobile phones as a teaching tool in classrooms.

So, the question is: Should schools allow the use of mobile phones?

While views remain divided, some schools are starting to allow a restricted use of mobile phones. Most recently, New York Mayor de Blasio lifted a ten-year-ban on phones on school premises, with the chancellor of schools stating that it would reduce inequality.

As researchers studying the economics of education, we conducted a study to find out what impact banning mobile phones has had on student test scores in subsequent years.

We found that not only did student achievement improve, but also that low-achieving and at-risk students gained the most. We found the impact of banning phones for these students equivalent to an additional hour a week in school, or to increasing the school year by five days.

We studied mobile phone bans in England, as mobile phones are very popular there amongst teenagers. The research involved surveying schools in four cities in England (Birmingham, London, Leicester and Manchester) about their mobile phone policies since 2001 and combining it with student achievement data from externally marked national exams.

After schools banned mobile phones, test scores of students aged 16 increased by 6.4% of a standard deviation, which means that it added the equivalent of five days to the school year.

It is important to note that these gains are prominent amongst the lowest achievers, and changing policy to allow phones in schools has the potential to exacerbate learning inequalities.

The gains observed amongst students with lowest achievement when phones were banned were double those recorded among average students. Our results also indicate the ban having a greater impact on special education needs students and those eligible for free school meals.

However, banning mobile phones had no discernible effect on high achievers. Also, interestingly, 14-year-olds were not significantly affected in either direction. This could be due to low phone use amongst this age group.

Schools in England have complete autonomy regarding their mobile phone policy. This has resulted in large differences in the timing of the introduction of mobile phone bans. This variation facilitated our study.

Our research used the differences in implementation dates across schools and noted subsequent changes in student test scores.

We compared the gains in student test scores within and across schools before and after a ban.

In addition, the administrative data gave us information on student characteristics such as gender, eligibility for free school meals, special education needs status and prior educational attainment. This allowed us to calculate the impact on students from each of these groups.

Technological advancements are commonly viewed as increasing productivity. Modern technology is used in the classroom to engage students and improve performance. There are, however, potential drawbacks as well, as they could lead to distractions.

Mobile phones are a prime example of this, as they provide students with access to texting, games, social media and the internet. A review of literature in our study suggests ambiguous impact of use of technology in the classroom on student achievement.

We add to this by demonstrating that mobile phones could have a negative impact on students’ learning outcomes. The financial resources that schools would require for a similar gain in instruction time (the equivalent of restricting mobile phone use) would be quite substantial.

These findings do not discount the possibility that mobile phones and other forms of technology could be useful in schools if their use is properly structured.

However, our findings do suggest that the presence of mobile phones in schools should not be ignored.

The mayor of New York got rid of the ban on mobile phones with an argument that this would reduce inequalities. However, as our research shows, the exact opposite result is likely. Worse, allowing phones into schools would harm the lowest achieving and low income students the most.

This article was originally published on The Conversation. Read the original article. 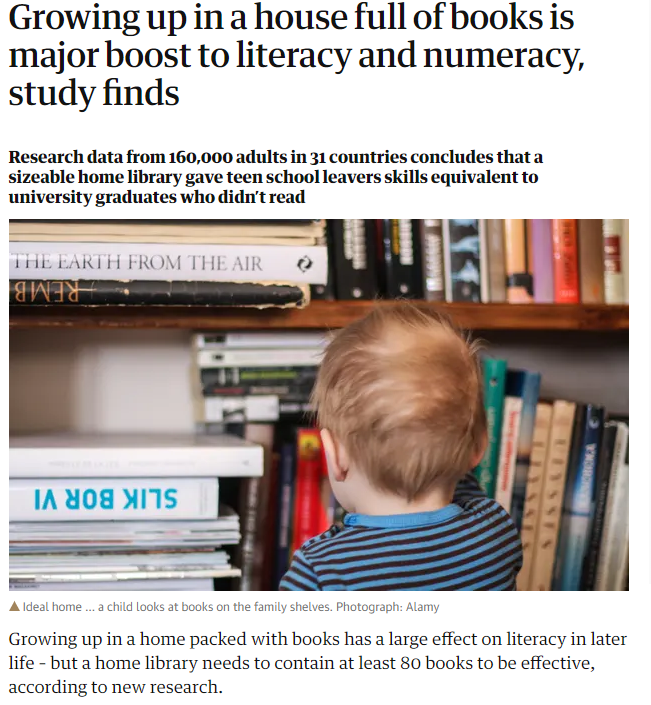